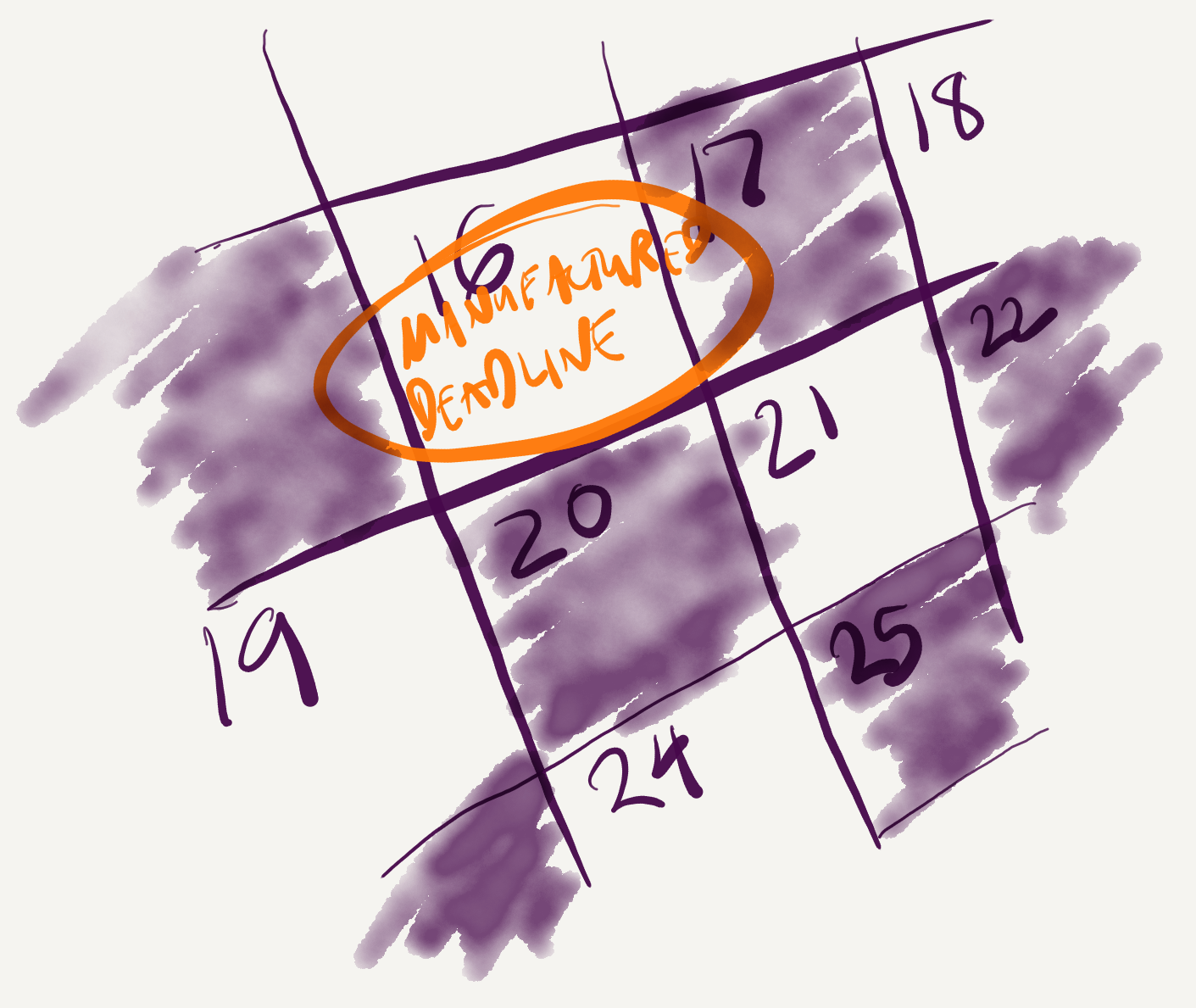 IDEA: Manufacturing a deadline for any big project (if treated seriously) will challenge you to go beyond your perceived best and fulfill new levels of potential.

I had a big pitch — asking for a large sum of money for a book project I am working on. And on the morning of the pitch, preparing to go to the airport, I felt 100% confident. I had practiced the pitch probably 20 times, imagined questions and answers…etc. Even as a preparer, I felt good…I was going to crush.

But then I got the news: all flights into New York City were cancelled due to a storm. No chance I was arriving today for the book pitch meeting. And since all the executives who’d be attending were flying out the following day, we’d have to postpone and find a future date for the meeting. Suffice it to say, I was bummed. When this all sunk in, I closed my laptop, grabbed a beer, and went out to the pool to forget it all. It was 10am.

The following afternoon, we locked in a new date for the pitch: 3 weeks later. So the countdown was on…again. But this time, something interesting happened. The first time I sat down to look at the presentation and freshen up, I realized I had one part of the pitch in entirely the wrong place. It made no sense to have it at the end, so I moved it to the middle where it belonged.

Then, a few days later, I asked a friend if I could practice the pitch with him and at the end he suggested I include a simple animation to communicate a particular point: of course I could include the animation, it would bring the whole concept home.

I went through my presentation another 15-20 times and each time realized was getting better and better: I was removing extra stuff that didn’t need to be included, and sharpening the core points that did. By the time the new date rolled around, my pitch was several hundred percent better than it would have been on the original date. Important Note: Even though on that original date, I thought it was the best it could be.

There’s something about time that allows ideas to sink in or clarify.

Something about repetition that exposes weaknesses and strengths.

Something about iteration that makes improvement the only way.

I would never have originally wished that the meeting was postponed — and my disappointment was authentic at the time. But in hindsight, the false deadline forced me to reach a minimum version of quality…the spare time allowed me to make something truly spectacular.

ACTION: Manufacture a deadline for an important presentation or pitch, and treat it like the real deal. You’ll find that your actual deadline (weeks after) is disproportionately better than imagined.